The fact that BTC had hit $30 was more amazing than the fact that it had reached $6000. In the event of a suitable scale, the price rise may be enormous.

Crypto has performed admirably over the previous decade, reaching a price of $20,000 in 2017. 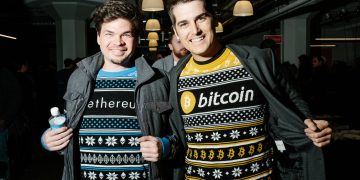 In this essay, we will look at the research of economist Saifedean Ammous, a professor and the author of “The Bitcoin Standard.” He has tracked Bitcoin’s performance and believes that, while the results are impressive, they might have been much better. The only thing that stopped it was the lack of appropriate scale.

Would crypto have done better if it had scaled?
According to Jeffrey A. Tucker, an economics writer, realistic expectations for Bitcoin were far greater than it actually achieved. The fundamental issue that prevented it from prospering was that it had not been scaled appropriately. In his perspective, the technology should have been employed by many more retailers and customers.

The failure of forks such as BCH and BSV is a prime illustration of this. Despite having large blocks, they were substantially less expensive than BTC. Tucker also praised BCH as a valuable digital asset. However, not everyone agreed with him. Yan Pritzker, the co-founder of Bitcoin, stated that Tucker’s viewpoint was not valid.

Michael Goldstein also disagrees with the assertion and has determined that the scaling was proceeding as planned when the cryptocurrency’s value was $6000.

Even if many people disagreed with Tucker, there is some truth to his statement: there are initiatives to scale technology, but not at the required rate.

The Lightning Network, a second-layer scaling solution that migrates transactions from crypto to allow for highly speedy and effective transfers, might be the solution to this problem.

This might make Lightning Network integration easier and aid in cryptocurrency scalability. Another option is to use Schnorr signatures, which allow more transactions to fit into a single block.